This Saturday will be five years since I experienced my first event with the American Foundation for Suicide Prevention. Although my mom had died 17 years before by suicide, that event was the first time I had done something for her… for her death by suicide. It was the first time I vocally said, my mom died by suicide and I am not ashamed… and little did I know the walk of 16 miles would turn into a passion… a purpose… my hope.

When I walked five years ago, I didn’t have a bad life. I had an amazing husband, new son, and a job I enjoyed. I had processed though my mom’s suicide, but as I reflect back there was something missing from my life. I had left a career as a counselor a few years previously and had not yet found my passion… my purpose… my hope. From the minute the walk started on that night in April in Dallas, I knew my life had changed. In some ways, I can’t fully explain, my mom’s death no longer felt like something that was so different. I felt surrounded and loved by so many. I walked each mile with a hope I had never known. As I finished the walk in the early hours of the next morning, I knew I wanted more of what I experienced…

On the drive home the next day, my amazing husband starting to wonder if there was an event on a smaller scale for colleges or universities… after some exploration and emails, he had organized a campus walk for the university where we both worked. Even with pushback from administration and having to change the time and location (because the horror if a prospective student saw the walk), it resulted in a tremendous event that raised more money for a non-profit than another athletic one-day event. And that one event led me to involvement in our local Central Texas Chapter and eventually a position on the board.

The decision to walk in the Overnight five years ago was not only one of the best decisions, but also one of the most pivotal decisions in my 40 years. Over the last five years, I have walked over a hundred miles, raised thousands of dollars, advocated at my state and the national capital, and been a voice for a topic many never want to mention… but more than all of those things I have done, I have found my hope in life. The theme of the Campus Walks for AFSP is Hope Walks Here. It is such a wonderful theme and as I walked this last weekend in our third annual Round Rock ISD Campus Walk (virtual this year), the idea of hope rushed over me. I realized so clearly how five years ago, hope found me through my involvement with AFSP.

Not only did hope find me, but AFSP also allowed my sister and me to share something in memory of our mom. My sister came up with the name Love Louder for our team that first walk. Her idea was we have to love louder than the judgment, hurt, negativity in the world. Little did either of us expect, but through our work, together with AFSP, we have found new ways to love each other louder. We first walked for our mom, but now we walk for so many and we walk in hope others won’t have to feel the pain we both know so well.

This weekend is the first-ever Keller ISD Campus Walk chaired by my sister. In the course of 8 days, the two of us have led walks for our school districts bringing hope to so many especially during such a time of uncertainty. Between the two walks over $16,000 has been raised to further the mission of AFSP. I don’t know if I have ever been so proud of something we have done together… it even tops making it to the quarterfinals of state debate together in 1995!

People often comment that I do so much for suicide awareness and prevention… little do they know my work with AFSP has provided me with so much more than I give. It has given me my passion… my purpose… my hope. 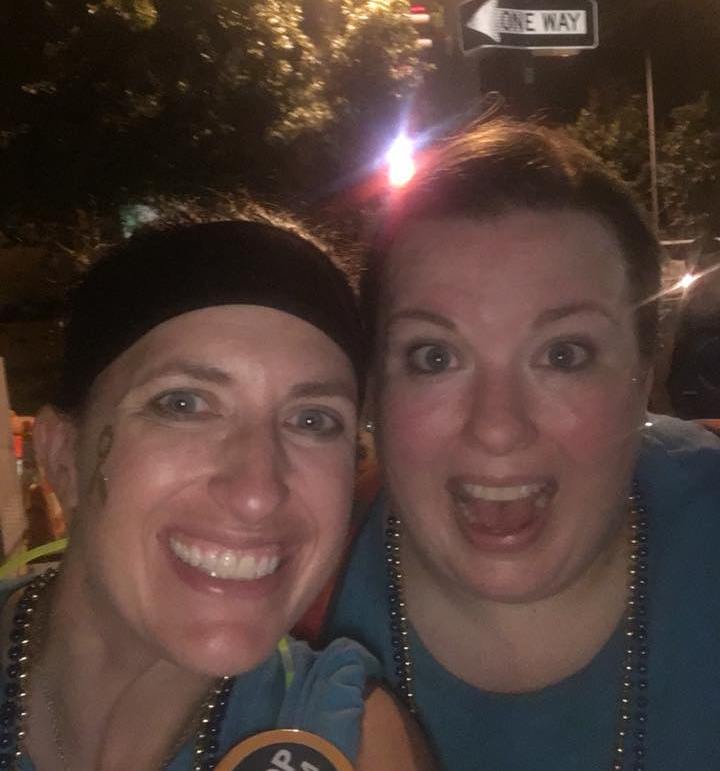